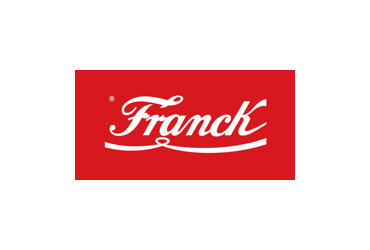 Based in the city of Zagreb, it was founded in 1892 as a part of the German multinational company “Heinrich Franck Söhne” which started operating on June 21, 1883. Prior to World War II, Franck produced coffee substitutes, but in the last 50 years it has enriched production by introducing various innovations.

By doing so, it expanded its product range to coffee, tea, snacks, spices, powdered sugar and condiments. After privatization in 1992, Franck started the era of modernization. It introduced numerous innovations in the market, such as ground coffee Franck Crema, which can be prepared as instant coffee as well as regular coffee, tea infusion Coolup! which can be prepared with cold water, or various flavors of Franck Café Cappuccino.